“Niagara Falls is a destination like no other attracting millions of visitors from around the world every year,” Higgins said. “This major investment creates new opportunities for close-up views of this great natural wonder and builds on the great strides made in recent years to enhance the park experience.”

“We are grateful to Congressman Higgins for his support of this project which will enhance the visitor experience at Niagara Falls State Park, and we look forward to sharing details as this project takes shape” , said Mistretta, Niagara Region Manager for the New York. State Office of Parks, Recreation and Historic Preservation.

A press release explained: “The award will enable a number of improvements to the area around the Niagara Falls Observation Tower, including an extended stairway path from the crow’s nest to the viewing area of Prospect Point. The upgrades will provide visitors with better access, improved security features and additional incredible panoramic views of Niagara Falls.

A public meeting on the project will take place in the coming weeks. 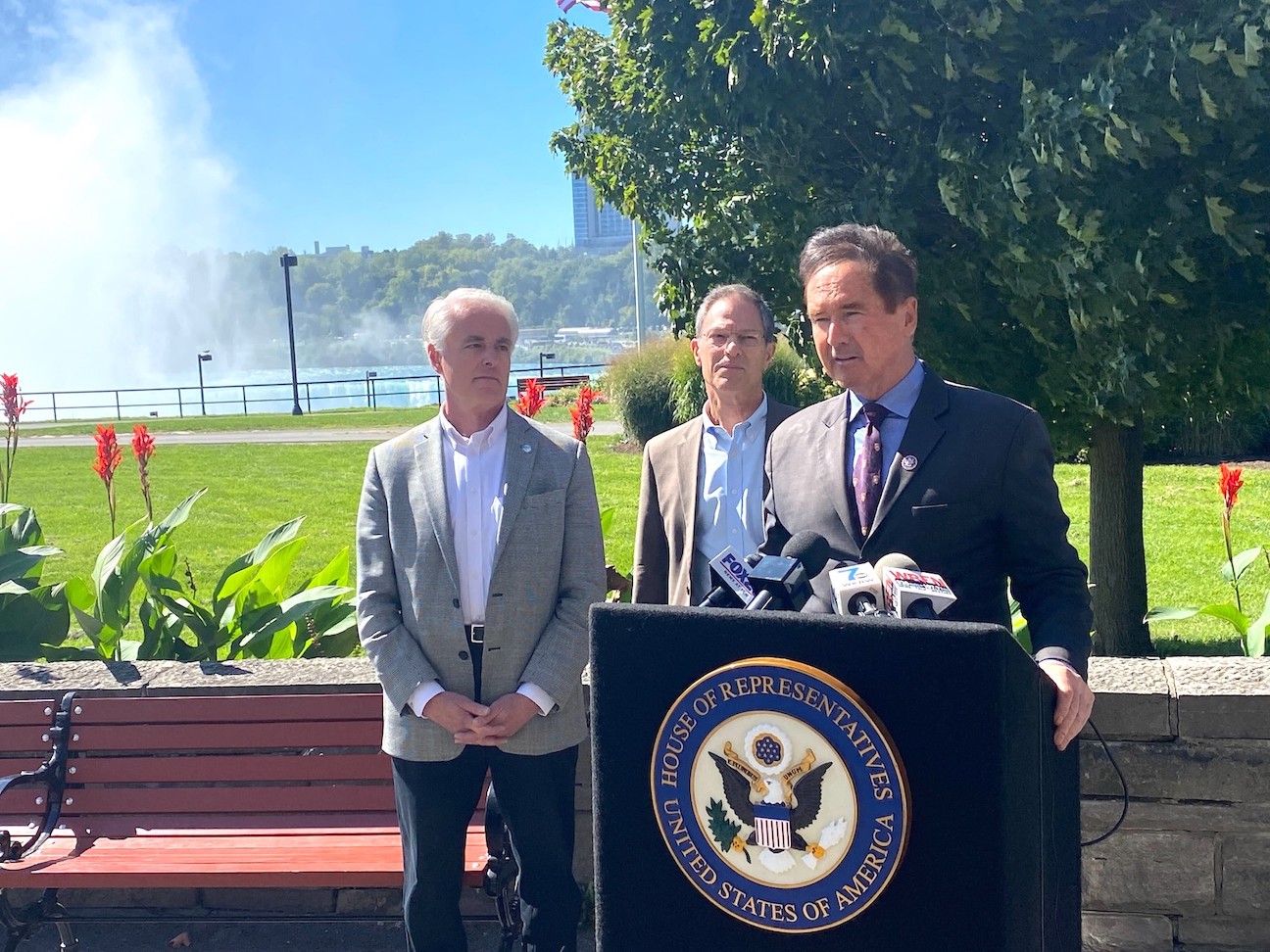 Congressman Brian Higgins speaks to the media. He is joined by the Mayor of the City of Niagara Falls, Robert Restaino, and Mark Mistretta, Niagara Region Director for the New York State Office of Parks, Recreation and Historic Preservation. (photo sent)

Higgins’ team said: ‘The federal grant is provided by the National Park Service through the Land and Water Conservation Fund. In July 2020, Higgins supported and Congress approved the bipartisan Great American Outdoors Act, which permanently and fully funded the Land and Water Conservation Fund (LWCV) to the tune of $900 million annually. The act, which makes grants like this one possible for Niagara Falls, addresses environmental justice through increased investments in green spaces in communities and supports the $887 billion outdoor recreation economy.

“Funding for Niagara Falls State Park is provided through the LWCF State and Local Assistance Program, which requires a 50% match. These grants are intended to support a “seamless system of parks” across the country.

“Since the 1970s, the LWCF has funded more than a dozen grants supporting more than $3.3 million in investments in Niagara Falls State Park. Previous grants have supported improvements to Whirlpool State Park, the Elevator Building, the Niagara Gorge Hike Trial, and other improvements.

This $2.5 million prize is by far the largest LWCF prize for Niagara Falls State Park to date.

(source: City of Auburn) Auburn City Park in Bay County will receive nearly $250,000 for improvements through a grant from the Michigan Natural Resources Trust Fund. The park near US 10 will use the new resources to improve accessibility. The trail inside the park will be renovated and widened, and an accessible canoe/kayak boat launch […]

Red Deer Polytechnic will see a 6.4% reduction in its operating grant from the province for the 2022-23 academic year. This means $2.7 million less in funding as post-secondary education prepares its own budget. “Consistent with our usual practices and timelines, we are in the planning stages for Red Deer Polytechnic’s 2022/2023 budget. No decision […]

AN MSP AYRSHIRE is urging the Scottish Government to pour money in and help local authorities run their own bus services. This follows the announcement that councils now have the power to support services across the country. However, Transport Scotland insists the money has already been made available. Katy Clark, Labor MSP for West Scotland, […]