Perre faced the Supreme Court of South Australia on Friday with Judge Kevin Nicholson upholding his mandatory life sentence for the murder of Detective Geoffrey Bowen and the attempted murder of barrister Peter Wallis.

While Perre was already behind bars for drug-related offences, Judge Nicholson extended his non- parole period to 30 years and seven months.

This means the 65-year-old will be over 95 before he can apply for release.

“Your conduct was brutal. It is totally devoid of any human sensibility,” the judge said.

“Your conduct was motivated by things that do not give you credit.

“It was not just premeditated, but painstakingly conceived and planned over a long period of time and executed in cold blood.”

Sgt Bowen died of horrific injuries, including the loss of his left arm, when a parcel bomb constructed and dispatched by Perre exploded in his office.

Mr Wallis, who was standing nearby, lost an eye and suffered severe burns in the blast. He died in 2018. 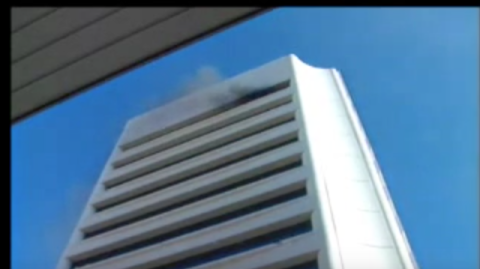 Smoke from the Waymouth Street headquarters of the NCA after the 1994 bombing.

In delivering his guilty verdicts in June this year, Judge Nicholson concluded that Perre intended to kill Sergeant Bowen or anyone else who opened the package or was near it when it exploded.

“Mr. Perre wanted to kill Mr. Bowen but wanted the NCA bomb to do its job and kill anyone,” the judge said.

Perre was first charged with murder shortly after the bombing, but the case against him was dropped six months later due to lack of evidence.

He was re-arrested in 2018 after a joint investigation, which lasted more than two years, by a number of state and federal authorities, including the Australian Criminal Intelligence Commission. 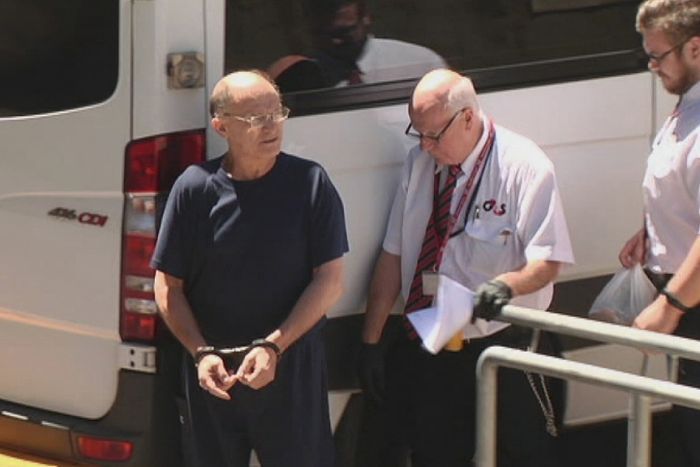 Domenic Perre (left) on the day he was arrested for the second time following the NCA bombing.

In an incredibly detailed and complex case, prosecutors argued the bombing was a personal attack on Sgt Bowen.

They said Perre’s hostility towards him increased due to their interactions after the seizure of a multi-million dollar cannabis crop in the Northern Territory in August 1993. 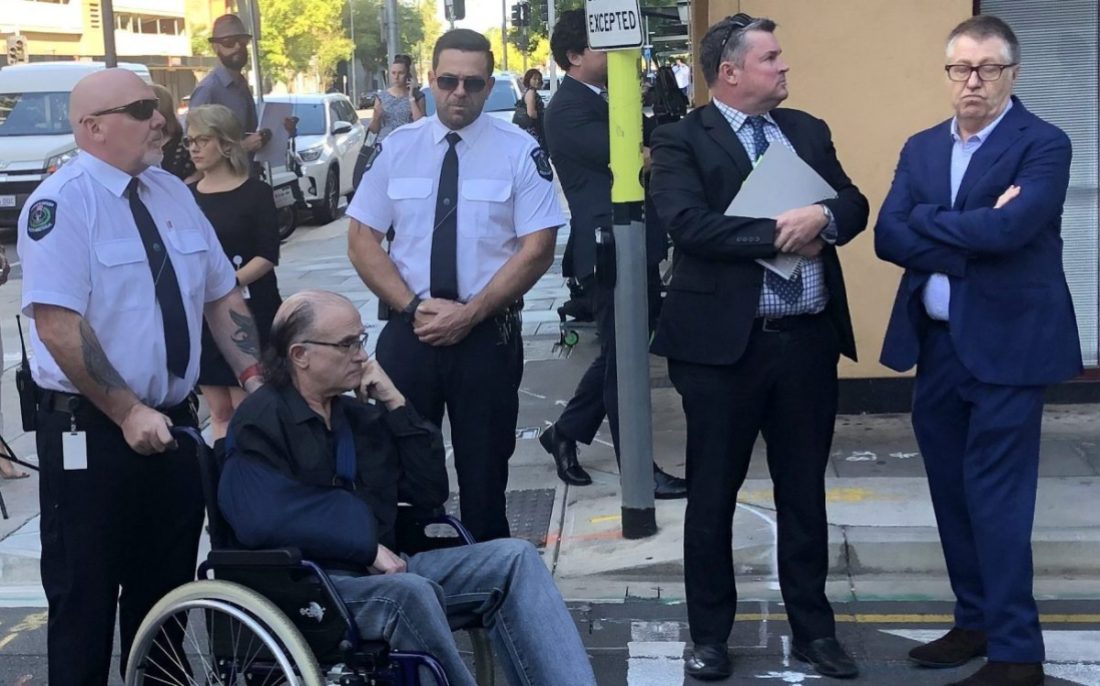 Domenic Perre visits the Adelaide sites in May as part of the trial which found him guilty of the National Crime Authority bombing. Photo: AAP/Ten News First, Kate Somers

Sgt Bowen’s son Simon, who followed in his father’s footsteps in policing, was just seven at the time of the blast.

“I struggle with the motive and the relevance of your actions,” he told Perre in a victim impact statement last month.

“You’ve caused so much irreparable damage and suffering that you can grow drugs and walk around South Australia like a would-be mobster with your big dark glasses on.”

Sgt Bowen’s widow, Jane Bowen-Sutton, said her husband was killed on their ninth wedding anniversary and she experienced unending grief.

“That day I told my seven and five year old sons that their beloved father had been killed and that we would never see him again. I relived that conversation for 28 years,” she said.

Genevieve Wallis, who was eight when her father was injured, said the attack left him traumatised, depressed and weak.

“The bombing ripped through any sense of safety, belonging and privilege of being a child and it sickens me that a blatant disregard for human life could exist in another human being,” Ms Wallis said. 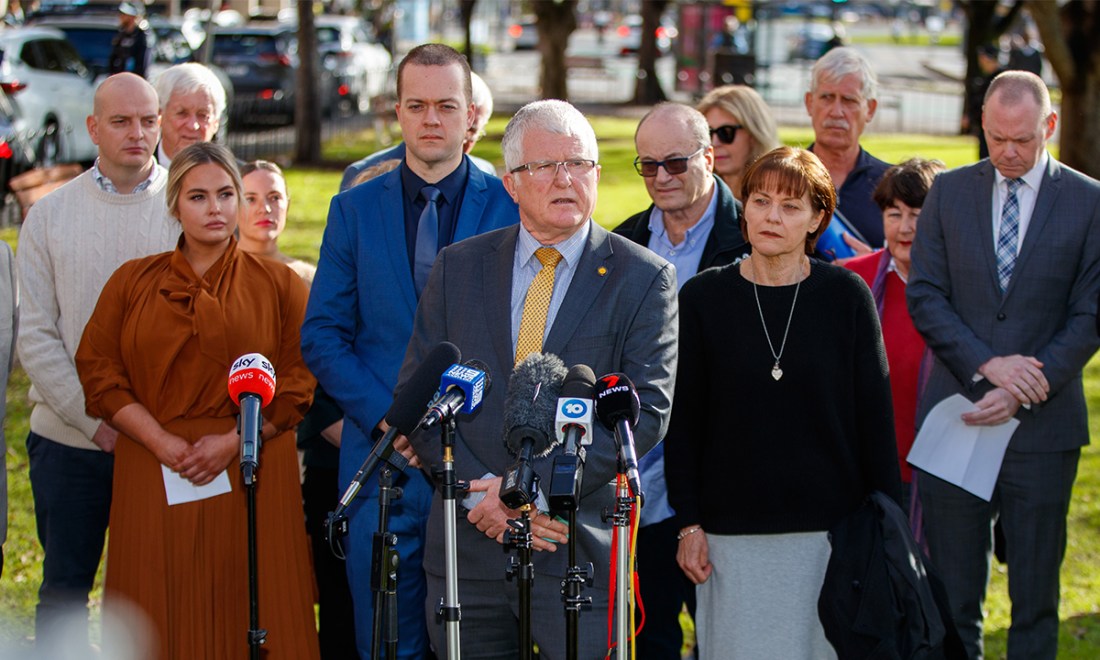 Detective Superintendent Des Bray and family members of Geoffrey Bowen and Peter Wallis at a press conference after the Supreme Court in June found Dominic Perre guilty of the NCA office bombing in 1994. He was sentenced on October 7. Photo: Matt Turner/AAP

In defense submissions, Perre’s attorney, Gilbert Aitken, told the court that his client sympathized with the victims’ families but maintained his innocence.

He appealed his convictions.

Media diversity is under threat in Australia – nowhere more than in South Australia. The state needs more than one voice to guide it, and you can help with a donation of any size to InDaily. Your contribution goes directly to helping our journalists uncover the facts. Please click below to help InDaily continue to uncover the facts.

Hey pandas, give me a two-sentence horror story (closed)

I loveeeee horror! Get Creative Pandas! I turned to the last page and finished the book. Then I realized that I didn’t have the second in the series. 😱 Reporting They looked behind their backs and were relieved. “Above you,” hissed the voice. Reporting I recognize all the passengers on the train. I know them […]

TAMPA — A state appeals court heard arguments Wednesday morning regarding the 24-year sentence Cameron Herrin received for his role in a 2018 traffic crash that killed a mother and daughter on Bayshore Boulevard . In a 40-minute session, a three-judge panel from the 2nd District Court of Appeals questioned defense attorneys for Herrin and […]

Two-Sentence Takeaway: What All 30 Teams Should Be Thankful For

Stephen Curry and the NBA-leading Warriors have much to be grateful for. It’s the season to be grateful, and in the spirit of the moment, it’s fitting to bring out the good in all 30 NBA teams. Yes, some might need binoculars to spot their silver linings, while other teams are more obvious with their […]