GENEVA, Switzerland (AFP) — French-Israeli diamond tycoon Beny Steinmetz will return to a Swiss court on Monday to appeal a conviction for corruption linked to mining rights in Guinea.

A Geneva court convicted the 66-year-old businessman in January 2021 of setting up a complex financial network to pay bribes to ensure his business could obtain permits in an area believed to contain largest untapped iron ore deposits in the world.

He was sentenced to five years in prison and ordered to pay 50 million Swiss francs ($52 million) in compensation to the canton of Geneva.

Steinmetz maintained his innocence throughout the trial and immediately appealed the decision, calling it a “gross injustice”.

Two of his alleged co-conspirators, who received shorter prison terms, are also appealing.

Steinmetz has changed his legal and communications team for the appeal, and they are preparing to argue that the lower court did not fully hear his arguments and misunderstood the situation.

The first trial had painted Steinmetz in a way that “does not correspond at all to reality,” his spokesman Marc Comina said in a document detailing the diamond tycoon’s case.

Far from being corrupt, Beny Steinmetz Group Resources (BSGR) had legitimately obtained the mining rights in question, and had endeavored, in difficult and complex circumstances, to mount an operation which would have benefited the national interests of Guinea, indicates the document.

French-Israeli diamond tycoon Beny Steinmetz (L) arrives with his lawyers for his trial in Geneva on January 11, 2020. (Fabrice Coffrini/AFP)

Swiss prosecutors painted a much different picture in the first trial, which was the culmination of a lengthy international investigation that began in Switzerland in 2013.

They accused Steinmetz and two associates of bribing a wife of then Guinean President Lansana Conte and others in order to obtain mining rights in the southeastern region of Simandou.

Prosecutors said Steinmetz obtained the rights shortly before Conte’s death in 2008 after around $10 million was paid in bribes over several years, some through Swiss bank accounts.

Conte’s military dictatorship ordered global mining giant Rio Tinto to give up two concessions to BSGR for around $170 million in 2008.

But in 2013, Guinea’s first democratically elected president, Alpha Condé, launched a review of the permits awarded under Conte and then stripped the VBG consortium formed by BSGR and Vale of its permit. 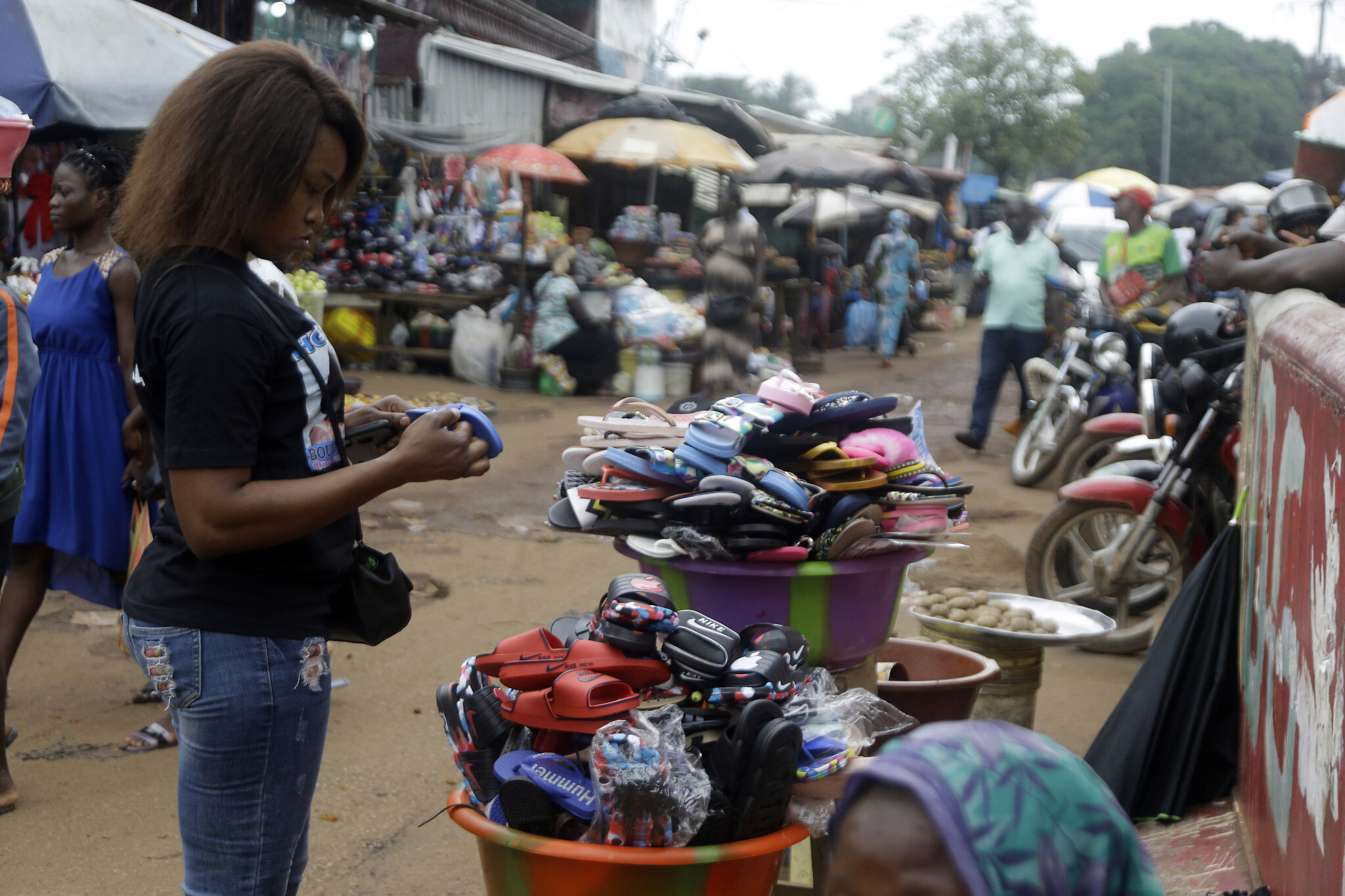 To secure the original deal, prosecutors claimed that Steinmetz and representatives in Guinea entered into a “corruption pact” with Conte and his fourth wife Mamadie Touré.

Touré, who admitted receiving payments, has protected status in the United States as a state witness.

She and a number of other key witnesses in the case did not appear at the first trial, and it was unclear whether they would attend the appeal.

Steinmetz, who lived in Geneva during the years the bribes were allegedly paid, continues to maintain that the corruption allegations are “totally false”, according to the document released by his team.

He insisted that Rio Tinto had lost the rights to half of its concessions at Simandou due to its failure to develop them, in accordance with Guinean mining laws, and that BSGR subsequently legitimately bid for and obtained the rights.

There was “nothing illegal or arbitrary” about that decision, according to the document.

He also argued that the trial court misunderstood the nature of the deal with Vale and that BSGR wanted to create a lasting partnership and business in Guinea.

“BSGR never intended to leave Guinea once the partnership with Vale was signed,” he said.

“If it had not been driven out of the country, BSGR would still be present in Guinea today and would be a major player in the economic development of the country.

Steinmetz, who obtained a legal guarantee of free passage to participate in the first trial, left Switzerland without serving his sentence.

He will be back in court in Geneva from Monday to plead his case after being given another free passage, with the appeal hearing set to last until September 7. The verdict will be given at a later date.

Supporting The Times of Israel is not a transaction for an online service, like subscribing to Netflix. The ToI Community is for people like you who care about a common good: to ensure that balanced and responsible coverage of Israel continues to be freely available to millions of people around the world.

Of course, we’ll remove all ads from your page and you’ll unlock access to great community-only content. But your support gives you something deeper than that: the pride of joining something that really matters.


Join the Times of Israel community

Already a member? Log in to stop seeing this


You are a dedicated reader

We’re really glad you read X Articles from The Times of Israel over the past month.

That’s why we started The Times of Israel ten years ago – to provide discerning readers like you with must-read coverage of Israel and the Jewish world.

So now we have a request. Unlike other media, we don’t have a paywall in place. But since the journalism we do is expensive, we invite readers to whom The Times of Israel has become important to support our work by joining The Times of Israel community.

For just $6 a month, you can help support our quality journalism while benefiting from The Times of Israel WITHOUT ADVERTISINGas well as access Exclusive Content only available to members of the Times of Israel community.

Thanks,
David Horovitz, founding editor of The Times of Israel

Already a member? Log in to stop seeing this

I tried to give all kinds of news to y’all latest news today 2022 through this site and you will like all this news very much because all the news that we always give in this news is always there. It’s on a trending topic and regardless of the latest news

it was always our effort to reach you that you continue to get the Electricity News, Degree News, Donation News, Bitcoin News, Trade News, Real Estate News, Gaming News, Trending News, Digital Marketing, Telecom News, Beauty News, Banking News, Travel News, Health New, Cryptocurrency News, Claims News the latest news and you always keep getting the news information for free through us and also tell people. Give that any information related to other types of news will be

All this news I made and shared for you, you will like it very much and we keep bringing you topics like every time so you keep getting hot news like trending topics and you It’s our goal to be able to have

all kinds of news without going through us so that we can reach you the latest and best news for free so that you can go further by getting the information of this news with you. Later we will continue

to provide information on more world news update today kinds of breaking news through postings on our website so that you will always keep moving forward in this news and whatever kind of information will be there, it will definitely be passed on to you.

All this news that I have brought to you or will be the most different and best news that you will not get anywhere, as well as the information Trending News, Latest News, Health News, Science News, Sports News, Entertainment News, Technology News, Business News, World News of this made available to you all so that you are always connected with the news, stay ahead of the game and continue to today’s news all types of news for free till today so you can get the news by getting it. Always take two steps forward

More than 100 Vermont Army National Guard soldiers are deploying to multiple locations in Africa at the Army Aviation Support Center in South Burlington in 2021. A former member of the Vermont National Guard pleaded guilty of sexually and physically assaulting three women. File photo by Glenn Russell/VTDigger A Vermont judge has accepted a plea […]

The Criminal Appeal Chamber of the Court of Justice of Santa (Áncash) upheld the conviction of the Congressman darwin espinozaone of the defendants as ‘Los Niños’ de Acción Popular, for defaming former lawmaker Otto Guibovich in 2020. The court reserved sentencing on the condition that Espinoza comply with the payment of civil indemnity of S/20,000 […]