A murderer who fled an open prison 16 years into his life sentence for killing a disabled man has been arrested by police after two weeks on the run.

Lee Nevins had escaped for almost two weeks after failing to return to HMP Sudbury in Derbyshire, where he was on a day’s release.

Derbyshire Police have been forced to launch a manhunt for the murderer sentenced to life for killing 20-year-old disabled Lee Jobling in 2006.

But the force confirmed Nevins was found by Northumbria Police officers in Washington, Tyne and Wear on Saturday October 8.

A Derbyshire Police spokeswoman said: ‘Lee Nevins, who we were trying to locate after failing to return to HMP Sudbury, is no longer wanted by officers. He was located by Northumbria Police officers in Washington on Saturday, October 8.

“Thank you to everyone who shared our call to find him.”

It is the second time the Gateshead killer has escaped from prison after a huge manhunt was launched in 2008 when Nevins fled on a trip from Frankland prison to the Royal Hospital in Sunderland after injuring his hand.

This time he managed to escape for six days before being arrested by Northumbria and Central Scotland Police at an address in Tillicoultry, near Stirling, Scotland. 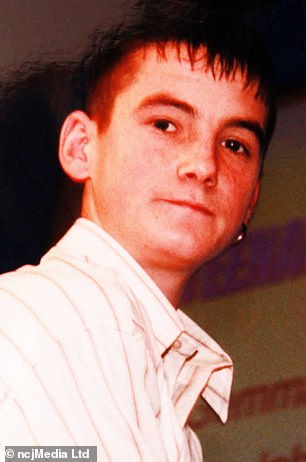 Mr Joblin was killed in an unprovoked attack on his own home on the Leam Lane estate in Gateshead.

Nevins was convicted of murder with accomplice Mark Lang and jailed for life.

On Saturday April 8, 2006, the victim had invited friends to his flat, on Cotemede, Gateshead, for a few drinks, but word spread to the local pub prompting Nevins, then 23, and Lang, 24, to go to his house. residence.

Consumed by alcohol and drugs, the two men – who did not even know their victim – did not leave with the other guests, but remained in the apartment and launched the horrific prolonged attack in the early hours. 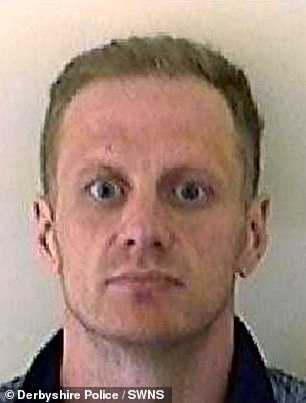 The frenzied attack seriously injured Mr Jobling and collapsed after being repeatedly punched and kicked in the head.

Nevins and Lang fled the scene, leaving Mr. Jobling lying unconscious and in a pool of blood in his apartment.

Paramedics were called and rushed him to hospital, but he died of his injuries three weeks later.

Nevins and Lang pleaded not guilty but were found guilty and sentenced to life following a trial at Newcastle Crown Court.

Nevins, who had previous convictions for violence, was sentenced to a minimum of 17 years in prison while Lang would serve at least 16.

The horror murder came after years of Mr Jobling overcoming odds to survive a childhood marred by tragedy.

He was only six years old when his mother Shirley, who was divorced from his father, died suddenly of a brain haemorrhage.

Mr Jobling and his two brothers went to live with his aunt and uncle, Angela and Garry Knotts, at their home in Gateshead.

Then, aged just 15, Lee suffered serious head injuries after falling off a bridge while playing with friends and spent two weeks in a coma.

The accident left Lee with brain damage, walking with a limp, and suffering from memory problems. 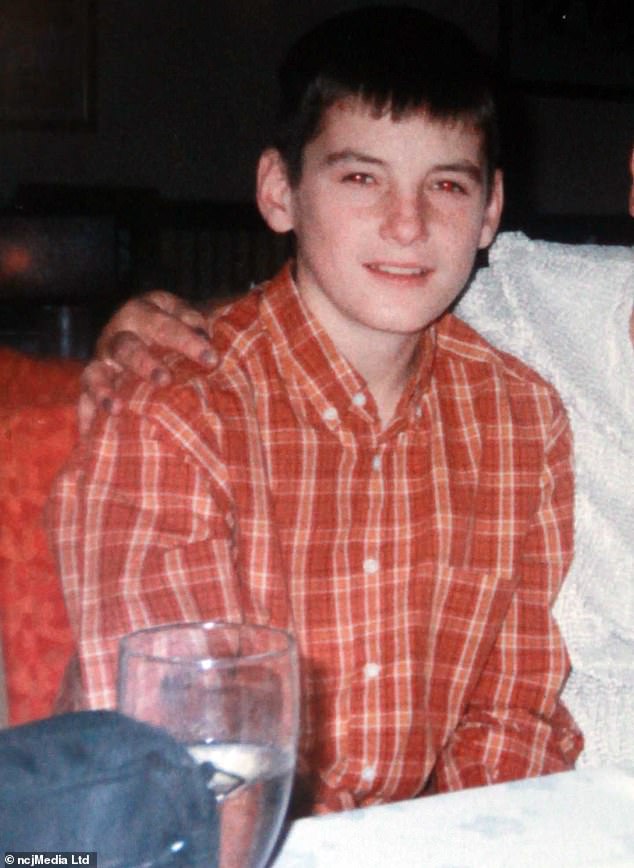 With the support of his family, Lee fought on and, although he was not well enough to work in the months before his death, he had moved into his own apartment not far from his aunt’s.

On the evening of his death, he had invited friends over to celebrate his newfound independence.

Judge John Milford, who sentenced Nevins in 2006, said: ‘For your own amusement you bullied him, sat on top of him and tied his legs up with wire.

“Later, you attacked him again, delivering no less than 12 blows to his head.

“The attack dragged on and he was left in a terrible state.

“You attacked him so you could derive pleasure from his pain and the pain he suffered, I’m sure. I’ve been watching you throughout this case. None of you showed an iota of remorse.

The Nebraska Supreme Court on Friday rejected a convicted murderer’s latest attempt to challenge the sentence that landed him on death row. John Lotter’s lawyer had made a two-pronged argument in the Supreme Court last year, arguing that a district court judge wrongly ruled in denying the 51-year-old an evidentiary hearing to determine if his […]

An Everton protester is jailed Credit: PA Images A climate change activist who tied himself to a goal post during Everton’s game against Newcastle United has been sentenced to six weeks in prison. Louis McKechnie, 21, denied aggravated trespassing and entering the playing area during the game at Goodison Park on March 17. But he […]

Supporters of President Donald Trump, including Aaron Mostofsky, right, who is identified in his arrest warrant, walk down the stairs outside the Senate Chamber in the US Capitol in Washington on January 6, 2021 The son of a New York judge who stormed the US Capitol wearing a furry caveman costume has been sentenced to […]